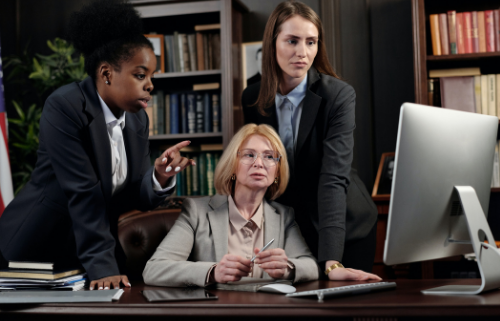 In an effort to demystify the postnuptial agreement and explain its value, the following is a discussion of the top 7 things to know about these types of agreements.

The main purpose is to let married couples set the terms for divorce or death ahead of time. A postnup can help a couple eliminate uncertainty and increase predictability in the event they divorce, or upon the death of a spouse.

This is because the parties have dictated the outcomes that will occur upon divorce or death and have put the proper mechanisms in place to ensure their plan is legally actualized.

One of the common challenges to a prenup occurs when the spouse who is receiving less under the agreement claims that it was signed under duress (think: one party presenting the other with a prenup on the night before the wedding). In order to avoid this situation, some couples will wait until after they are married to sign an agreement. The agreement they sign would therefore be a postnup and not a prenup.

Another instance in which a postnup is used is where marital issues arise that were unpredicted. If there has been infidelity, the spouse who got cheated on may want a postnup in order to stay in the marriage. This would provide that spouse with some financial protection or gain (and reassurance) in the event his or her spouse cheats again.

Additionally, postnups can be used when one spouse is starting a business and wants to establish how much of the business’ value (if anything) their spouse will receive upon divorce. Couples can also create postnups for estate planning purposes, or because they want to revise their prenup. If a prenup is being revised, there must be language that either states what the postnup controls or that the prenup is void altogether.

For Example, Spousal Support Can Be Pre-Determined.

In a postnup, the parties can discuss the spousal support obligation of the “monied spouse” upon divorce. The couple can set out a specific amount of support in the event of a divorce, remain silent on the issue, or waive support completely. Many couples decide to determine spousal support in the postnup because leaving it in the hands of the law (or court) down the road can be unsettling. Others, however, prefer to have their financial situation at the time of divorce, as opposed to earlier, during the marriage, dictate their obligations.

Child-Related Issues Should Not Be Included

Divorce laws vary from state to state. In New York State, the courts decide child-related issues using the “best interests of the child(ren)” standard. If a postnup includes child-related language, the court would be deprived of its supreme jurisdiction in the area. As such, any child-related clauses in a postnup open the door for the agreement to be struck down.

However, one provision that is often included in postnups states that if one spouse owns the marital residence by himself or herself, the other spouse will not be required to vacate until there is a parenting plan in place (either by agreement or court order). This serves to encourage the parties to work quickly to come up with a plan as it relates to parental access with the children.

When preparing a postnup, each spouse provides a complete list of his or her assets and liabilities.

While courts usually will not overturn a postnup because disclosure was not absolute, they can overturn an agreement if a party can prove that their spouse willfully concealed assets. It is often recommended that, if the value of an asset is uncertain, the parties overvalue that asset. Doing so would negate the argument that a party would have made a different deal if they knew the higher value of the asset in question.

In addition, financial disclosure allows each party to obtain insight into each other’s financial situation. This is especially important in a marriage in which one spouse is in charge of the finances, and the other spouse is in the dark.

There are numerous different “specialized clauses” that can be included in postnups.

A “ladder provision” can be inserted, which says that the non-monied spouse would receive additional spousal support or a lump sum payment at different anniversary milestones. For example, if the parties are married for 5 years, the monied spouse would make a $200k payment to his or her spouse upon divorce, and after 10 years that increases to $500k.

Oftentimes, parties ask about adultery provisions in which the cheating spouse would lose out on funds or spousal support in the event of a divorce. These are difficult provisions to include and maybe kicked back by the court because of the ambiguity of what “cheating” may mean.

In general, New York courts often uphold postnups that are entered into by two consenting parties. If a party is challenging a postnup, he or she will have the burden to show why it should not be upheld. The standard of review, under the law, is whether the agreement is “fair and reasonable” at the time the parties entered into the agreement and must be “not unconscionable” at the time one party seeks to enforce them.

The arguments that a party can make as to why a postnup, or any provision of it, should not be upheld are (1) fraud, (2) duress, or (3) unconscionability. As discussed, if there is full financial disclosure, a fraud claim would most likely fail. Avoiding a duress argument is, as stated above, a reason why couples may sign a postnup instead of a prenup. The biggest threat to a postnup is unconscionability at the time of enforcement. However, unconscionability is a very high standard to attain, and so more often than not, the spouse claims it will not be successful. The circumstances would have to change so significantly over time that what was once an equitable agreement ends up becoming unconscionable by the end of the marriage.

The postnuptial agreement is a useful tool in many situations of a marriage. In order to take advantage of its benefits, it’s important to be well informed about how to structure it as they are not easy to enforce in every state. If you are thinking about divorce or wanting to change the terms of a divorce should one occur in your future, you may wish to consider a postnup. Speak to a matrimonial attorney (divorce attorney) about your story to understand your options and what would be the best move for you.

Ian Steinberg is a Matrimonial Attorney at Berkman Bottger Newman & Schein, LLP, where he focuses on the litigation, mediation, negotiation, and settlement of matrimonial and family law cases. In addition, he specializes in the drafting of prenuptial and postnuptial agreements. Prior to his current role, he practiced real estate law representing property owners in courts throughout New York City. This real estate background gives Ian important insights into the division of the marital home when couples are separating and divorcing. Connect with Ian to discuss your situation and needs.

Since 2012, SAS for Women is entirely dedicated to the unexpected challenges women face while considering a divorce and navigating the divorce experience and its confusing afterward. SAS offers women six FREE months of email coaching, action plans, checklists, and support strategies for you, and your future. Join our tribe and stay connected.