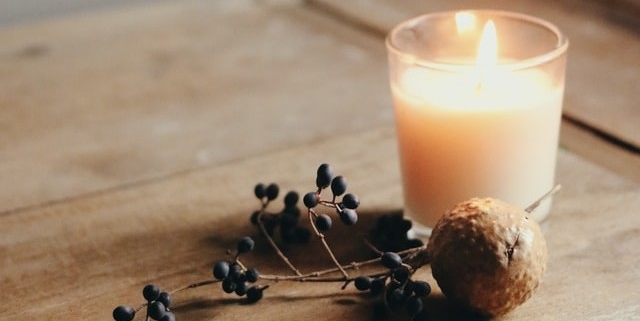 In a poignant twist of synchronicity, I was tasked last week to write a piece on healing a broken heart – not realizing at the time that it would echo a much larger collective voice – that of American leaders describing the heart of a nation that broke — hopefully open — on January 6.

This follows in the wake of Wednesday’s riots on Capitol Hill, the scaling of the Rotunda, the breaching of the Chamber of Congress and even individual leaders’ offices by American citizens – a violent desecration and display of disrespect and hatred designed to overthrow our democratic process. These actions were inspired by the words of Donald Trump, who will continue to serve as United States President for two more weeks unless he’s impeached.

Or, as Republican Senator Mitt Romney described him, “a selfish man who cannot accept defeat”.

Americans also witnessed an undeniable, stark contrast in the forces called (or not) to manage the armed, and mostly white January 6th rioters, referred to by many congressional leaders and journalists as seditionists, versus the preemptive National Guard presence, the rubber bullets and beatings meted out during the largely non-violent Black Lives Matters protests earlier in the year.

Author Parker Palmer describes that contrast of white privilege vs. Black targeting as “the politics of the broken hearted,” and the term “heart-broken” was repeated over and over again during the news coverage of the riots — almost unanimously by congress and journalists alike — as they described what they were witnessing to a public glued to their screens.

Healing a broken heart begins on an individual level, and in the instance of this piece, it begins after a divorce. But it expands ever outward, into our families, our communities, our cities, states, the nation and the globe.

Many Americans saw something on January 6th that horrified us, cementing a truth about ourselves we wished did not exist. It was a profane and shameful exhibition of something that most of us do not want to be. The hope, though, is that the worm of truth has turned and that we as a nation recognize we must begin partnering ourselves and our neighbors and our communities differently.

The hope is that, finally, we are divorcing from a mindset that denies humanity and inclusion, decency and respect. We are leaving an abusive relationship with ourselves – leaving behind a self-serving, entitled, cruel and exclusionary way of thinking that should have died long ago, or indeed, should never have existed in the first place.

But healing a broken heart occurs in stages and the more we speak to the process of healing, the more familiar that terrain of recovery becomes.

Grief is the beginning. And know that no one does grief quite the same as another, so it’s important to not judge ourselves (or our friends and neighbors) for too much or too little emotion or for taking “too long” to heal. Grief is an emotional stealth bomber, it’s quicksand, a tightrope, a whip, a hydra: cut one head off and another one sprouts. It’s often best to just accept that it will bite you, and hope that, often, you’ll be able to bite back. Eventually, it does die a natural death.

We Take Responsibility for Our Own Behavior

Forget the occasional loss of temper or sharpness that occurs in the course of a healthy marriage; that’s normal. We can offer an apology. But other behaviors we need to do more than apologize for; we need to own them and address them. It’s often difficult to see ourselves and our own behaviors clearly. Complicity is insidious. So is being ruled by our fear of loss or change, our insecurities, to the point that we manipulate or become sneaky, passive aggressive or blatantly aggressive (as in the case of the riots), or abusive – either as a spouse, a national leader responding dismissively or punitively to racial protests, or neighbor against neighbor. Facing that in ourselves, in our families, owning how we negatively impact others, how we communicate, the power plays we engage in, how we handle stress or conflict – all of that can be a sticky pill to swallow. An even bigger one is active abuse, not just the domestic abuse we find in marriages, but the abuse we’ve seen for centuries in this country against huge and dark-skinned swaths of the population.

On an individual level, we must embrace the idea that we co-create everything in our lives, even if it appears to only come at us from the outside. With every choice, conscious or unconscious, we create our reality.

Here in this lifetime, we are born, we are raised. For the sake of this subject, we choose to marry and we choose to divorce. We can choose to believe that events “happen to us,” or we can choose to believe that we created the experience unconsciously in order to find the freedom of becoming fully self-defined, to claim our own territory, to seek adventure, to pursue creative expression in our work, or to become fully independent and answerable only to ourselves (and of course, any children we choose to have). Caroline Myss teaches that every moment, exchange, relationship we have is meant to “empower, not disempower us.” The idea of choice can be difficult because it means we have to stop relying on that nice, bracing, pain-numbing anger at everybody else — anger that feels more powerful than sadness and also lets us off the hook of self-development. It also means we can step out of the investment we tend to have in outside opinions of us. It’s lovely, and it’s liberating.

Forgive — and Let It All Go

For some, visualizing a cleansing out of all of the old “stuff” – the attachments to status or material possessions, to a patriarchal, “daddy knows best” idea of security, anger, shame or feelings of failure, the biting sense of unfairness or betrayal, the breaks and bruises of physical abuse, memories being taken for granted, dismissed, or patronized — whatever it is: let it go. Of course, like everything else, it’s easier said than done; sometimes it feels like you have to catch a negative belief and toss it away every 5 seconds. Get elemental with it. Picture it all washing out with the tide, burning off in a comforting hearth fire, gently blowing the dust of it out of your hair or sinking into the earth to fertilize your new growth. This may be too New Agey for some, so another approach is to treat your Ex (or your beliefs, for that matter) like a habit you’re breaking; those are long-established patterns, but the love and happiness you created with this person is far from your only source of those delicious endorphin bubbles. Like any other habit, these patterns can be broken, but it takes repetition and vigilance. It’s easy to become frustrated with how often we have to do this, how frequently it’s necessary to stop a thought from taking full flight.

In any habit-breaking regimen, cultivating patience and compassion for ourselves is necessary, along with a profound recognition of how corrosive perfectionism is for the spirit.

As Elizabeth Gilbert put it, “perfectionism is just a high-end, haute couture version of fear… just fear in fancy shoes and a mink coat.”

No one goes into a marriage with a “How to Do a Great Divorce Later” manual, which is, of course, why hiring a divorce coach and a therapist are such incredibly smart gifts to ourselves – a therapist to help work through the root causes of why we made the choices we did, and a divorce coach to teach you all the ways to make savvy and sustainable new ones and the steps to fufill them.

In healing our broken hearts and letting go, ladies, we might do well to take a page out of the Book of Men — keeping in mind that both genders bear traits of the other. Generally, men are great at compartmentalizing, and I think this is a skill that women would do well to emulate a little more often. Acknowledging that this is leaning on a stereotype – with an eye on the fact that gender concepts are shifting more and more as women become highly successful bread-winners for their families and men become more full-time parents and house spouses — I think this ability comes from that basic biological male imperative of the hunter, vs. the stereotypical female role of the gardener/gatherer. One chases things down, the other watches and encourages things to grow. Which is more likely to be able to leave something behind? Exactly. You compartmentalize by putting your knapsack of stuff under a rock and take off after that gazelle. Or that distant horizon of self-transformation.

And speaking of self-transformation…

For some, this may be the challenge of finding happiness and fulfillment in their work, getting past the fear of starting their own business or freelancing, trusting themselves to thrive and maintain independence without the safety net of a regular paycheck and company-sponsored health insurance. For some it may be more of a reaching for something larger than the self and the family unit to be of service to – volunteering, starting a Facebook group to support a small business, joining a church or a dojo.

The more we heed the quiet, persistent inner voice, we recognize that perhaps we are afraid, but we are also awake. And as you get more adept at telling your fears to ‘have a seat and get their crayons out’, you get better at taking a deep breath and seeing that you’ve got this well in hand.

Do what makes you happy. Choose happiness. Accept that healing a broken heart is always a process, that perfection is never the goal, but learning from each moment and returning again and again to the exercise of choosing to love and respect ourselves and be happy no matter what that looks like – that is the goal. Launch it like a precious stone into the water, and leap in after it, watching rings of your own little pond purl outward toward the shore. Make big waves. And hope that they spiral ever outward, to encompass and embrace the world around us.

Jennifer Bent is a freelance writer and former journalist living on the West Coast. Nicknamed Verbose at a young age, she loves word craft but has to keep a short leash on her fondness for the profane. Jennifer enjoys her cat’s input on her rough drafts (talk about snark) and the freedom of being her own partner. Connect with Jennifer at verbosej@hotmail.com