Articles
You are here: Home1 / Articles2 / Life After Divorce3 / The Acceptance of Rejection: How to Rebound After You’ve Been Du... 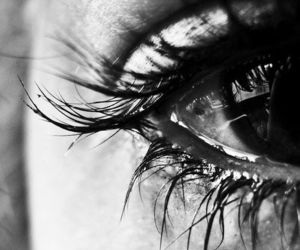 Being dumped and seeking out divorce advice is one of the top five reasons women go for therapy—at least for those women who have an inkling that there might be some help for their depression, their anxiety, or the acting out that often follows their being left.

For being rejected presses all our buttons with our most primal fear of abandonment sounding the loudest alarm. If you had abandonment problems during your childhood, rejection reinforces the sense that you are not safe, that being alone and miserable is not only your “now” but also your future. It is and will be your perpetual state of being.

There is also the profound, physical, and psychological sense of “missing” the other person, of remembering the warm and loving times, of rehearsing over and over the many times he or she did say, “I love you.”

There are the physical artifacts of the relationship to contend with, too: the books, the gifts, the small tokens of your involvement with him*, the person you thought you knew so well, the person who would never hurt you. In fact, he may have even said those very words again, “I never meant to hurt you” just as the axe fell and your head wobbled across the ground.

In this state of loss and grieving, sometimes you cannot even bear to hear other people laugh or talk about the good times they are having, or the exciting relationship they are in, because, why them? Why not you?

So what do you do? Well, there is the stalking . . . the phone calls . . . the letters and the cards. There’s the sending of just one ticket to his favorite show with your note, saying you have the adjoining seat, “and wouldn’t it be fun?” There’s the sudden showing up at his place, too. How do I know these tactics? Because I’ve done it all. And then there’s the endless searching through online forums and divorce advice articles, looking for a sliver of yourself in someone else’s story. I’m here to say there is another way.

Facing reality after being rejected is very difficult. It may help to remember that THE ACCEPTANCE OF REJECTION IS REJECTION! Please think about that.

Think about a time when you may have rejected someone, not necessarily a boyfriend, but anyone in your life; and then think about the importance of his reaction and how it impacted you. Think about it a lot, and eventually, you will come to realize that accepting someone rejection is also a form of rejection that you spin back. From the point of view of your Ex, the fact that you accepted his rejection is also a rejection of him. It’s a game, but a game, as we used to say in Brooklyn, “on the square;” meaning a game that is serious and has consequences.

It’s not a ploy to get him back—he may come back for a night, or a weekend, or even for a few months—but it is a way for you to feel better about yourself. He may have made the first rejecting move, but you countered with an even more potent move—you rejected him by accepting his rejection. I guarantee even the most egotistical man will feel a twinge, or more, when he realizes you are not coming after him.

Ok, at last we come to the mundane

Get a manicure, wash your hair, watch funny movies, and most of all, remember . . .

Some of the best divorce advice is to simply remember especially that life with him was not only not perfect, it was scary and miserable from time to time; and perhaps you had to wait quite a while before you finally got the kind of response for which you yearned. Try very hard at this time not to relive the good times that can all too easily overtake you. It is the bad times you must remember for the time being.

Of course you will get through this. Why would you be the only person on the planet to never get over being spurned? It might as well be sooner rather than later, and think of all you’ve learned.

You won’t make the same mistake again—a man who gave off signals he was not a commitment guy, at least not for you; and a relationship in which, let’s face it, you pulled your punches because you could not be sure of his reactions.

Divorce is not the passport to happily ever after—it is simply the first step in creating a new, hopefully more productive and pleasurable life for you.

A novelist, therapist, mother to three, and grandmother to five, Sheila Levin is twice divorced. Find her books Simple Truths and Musical Chairs at Amazon.com and Barnes & Noble.

Although SAS periodically features links to and writing by other professionals on the SAS website, SAS for Women™ is not responsible for the accuracy or content of that information. As for what is best for you and your future, SAS always recommends you speak to a professional to discuss the particulars of your situation.

Whether you are considering a divorce or already navigating the confusing experience, one thing we see making a significant difference for women is the conscious choice to not do divorce alone. Since 2012, smart women around the world have chosen SAS for Women to partner them through the emotional, financial, and oft times complicated experience of Divorce.
Take a step to hear what’s possible for you and schedule your free consultation now.

*At SAS for Women, we respect same-sex marriages, however, for the sake of simplicity in this article we refer to your spouse as a male. 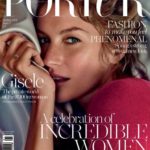 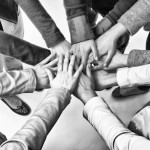