Articles
You are here: Home1 / Articles2 / Getting a Divorce3 / #DivorceHBO Episodes 2-4: Kernels of Truth 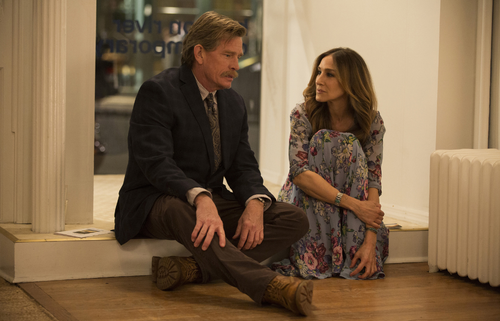 Ok, full disclosure, I originally intended to write every week about #DivorceHBO, giving you my honest opinion as a divorce professional and offering you lots of insight as we watched the characters develop and their divorce unfold. However, as you all know by now, that didn’t happen (yeah, I know, not even close.) Well, life got in the way for a bit and now we’re on Episode 7 and you’ve not heard a peep from me. I hope you can forgive me and let me chime in now?

How #DivorceHBO tells the truth

While #DivorceHBO isn’t wildly popular (63% on Rotten Tomatoes) it is holding it’s own. I suspect that is because it’s accurate and genuine in many ways — anyone who has ever been through a divorce or is going through one now, probably knows what I mean.

Look, is it overdone at times?  Yes, it’s television, so of course. But once you look past that, there is a kernel of truth in every single episode:

In episode one, Frances blurts out, “I want a divorce!” at a birthday party gone awry — and soon realizes, umm, now what? There’s definitely a moment (or forty) where you wish it had never been said, once you’ve said it. Now that it’s out there though, in all its ugly glory, you have to deal with it. Even if it is actually what you want in the long run, you haven’t thought this through and you panic. “Are we throwing away a good thing?” or “Are we going to screw up the kids forever?” Often this is a time you’ll decide to try marriage counseling or “try again” by sweeping things under the rug a little while longer.

It’s completely normal to have these feelings at this stage.  It’s a huge decision and not one you should take lightly.  Rather than waiting until it comes bubbling up at the most inopportune time, we recommend you talk with a trusted friend or a divorce coach first, to help you process and think through a few things before you approach your mate.

Episode 3: The “you need to destroy him before he destroys you” friend

As a divorced woman herself, Frances’s friend Dallas advises her to destroy Robert because he’s a “monster.”  Often, once you make the decision to divorce public, you’ll have a friend who will tell you to prepare for battle and to “lawyer up.”  This is because it’s likely she went through her own ugly divorce and is still a little bitter and resentful. It’s tempting to listen to her advice too, after all she’s been through it, right?  She knows more than you …

Stop right there. Do not listen to her. Well, listen politely but then do not take on her seek and destroy attitude. This will not serve you, it will only escalate the situation and make things worse, not to mention a heck of a lot more expensive. Instead, get informed about the different ways to divorce (there are several) and understand the benefits and limitations to each.  After you evaluate them, choose the process that is right for you and then consult with an attorney who specializes in that method. If you go right for the litigator, that’s the path they’ll lead you down. Litigation often means court.

Episode 4: “Nothing to it but to do it,” otherwise known as telling the kids

Frances and Robert (especially Frances) are struggling in episode 4 with how to tell the kids about the divorce.  They rehearse and make a plan, clearly agonized (especially Frances) about how this will go. After a painful failed first attempt, they finally sit down at a family meeting to break the news, to which their son says, “We kinda knew already.”

This is typical because we never give kids the credit they deserve, no matter their age. They always know more than you think. We recommend that you bring the kids into a family discussion on the earlier side of things, not only so they feel included, but so they don’t spend time worrying and imagining horrible scenarios, like the divorce itself is all their fault. Taking the time to have an age appropriate yet honest conversation will go a long way with your children (and help you avoid the anticipation and dread that precedes that conversation).

As I said in my first post about the show, I maintain that Frances needs a divorce coach, now more than ever.  The kernels of truth that I’m describing are also TRAPS that can be avoided with some guidance. Talking with a trained and certified coach who is experienced with the pitfalls of divorce will save you money, time, and most importantly, your sanity! If you’d like to talk with me or my partner Liza, schedule a free session and we’ll help you gain some insight to your situation.

Stay tuned for my next post and the truisms in episodes 5-7 of #DivorceonHBO.

Divorce Recovery: 10 Things to Do if Suddenly in Charge of Your Finances 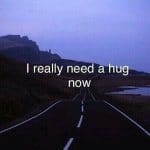 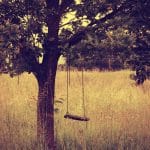 Getting a Divorce with Children and Dealing with a “Daddy Come Lately”?
Scroll to top