Articles
You are here: Home1 / Articles2 / Getting a Divorce3 / Marital Property and Nonmarital Property: The Unforeseen Differences 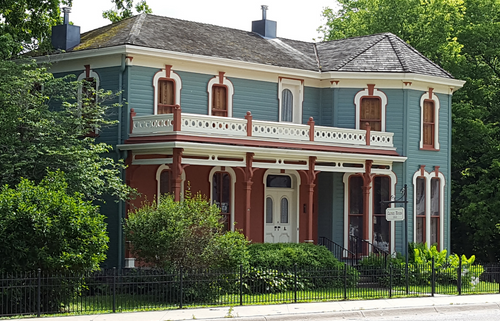 It is no secret that divorce can be messy—especially when it comes to dividing marital assets. Typically, the aftermath of divorce leaves people with less income and more debt than they had while married—causing many to suffer financially. Unfortunately, this is even more true for women.

According to one study from the U.S. Government Accountability Office, the household income of women over the age of 50 fell by 41% following divorce or separation– while men’s only dropped by 23%. This is why it is crucial to evaluate your financial assets (and debt) and educate yourself on the rules of property division when considering or going through with a divorce.

As a general rule, property can be classified in one of two ways — either as “marital” or “nonmarital” property. In this article, we discuss what these terms mean, how they differ, and their role in the divorce process.

What is Marital Property?

Marital property, also known as “community” property refers to any property acquired or earned by either party during a marriage and up until the date of separation. Typically, this includes real estate purchases and other items purchased by the married couple together.

One important point we want to emphasize about bank accounts is that a bank account could be in your name– yet still, be considered marital property if the money in that account was earned during the course of your marriage. Basically, the key to determining whether your property falls under the category of marital is if at the time the property was acquired, you and your spouse bought the item together, while married.

However, if you are feeling unsure about whether a particular property would be considered marital, it is always a good idea to check with a professional– such as a Certified Divorce Financial Analyst.

To learn more about the benefits of getting financial help with a divorce, we encourage you to read “How a Certified Divorce Financial Analyst Can Help with a Divorce”.

What is Nonmarital Property?

Nonmarital property, also known as “separate” property refers to any property that is owned only by one spouse. Typically, property is classified as nonmarital or separate if:

In some cases, if the value of the commingled property cannot be separately traced to one spouse, then it may no longer be considered separate property. Further, if one spouse’s separate property increases in value or produces income during the marriage—and the other spouse contributed a significant amount to that increase or income, then a portion of that separate property may be deemed marital property.

If you are in the process of divorce, you’ll want to know what else you should be doing to take care of yourself. Read “The 55 Must-Do’s on Your Modern Divorce Checklist.”

So, what does this mean in terms of divorce?

Once it’s been determined which property is marital or separate– the next thing to figure out is how that property will be divided in a divorce. Universally, separate property will not be divided between parties because only one spouse owns and has legal rights to that property. Marital property, on the other hand, is considered jointly owned–meaning each spouse equally owns the property and will be subject to division in divorce cases.

However, how marital property gets divided will depend on what state you live in.

Essentially, states divide marital property based on either “equitable distribution” or “community property.” In equitable distribution states, a judge examines each case individually and divides the marital property based on what they believe is fair for both parties. Community property states use a much simpler process and divide marital property equally (50/50) between both spouses. However, since this is just a general overview of both types—be sure to read this article to understand more: “Divorce Property Division: Community Property States vs Equitable Distribution States.”

Organize and make a list of your Nonmarital and Marital property

Ultimately, whether you are thinking about divorce or in the process of one—it is important to first organize and list your financial assets (as well as your debt) and to then learn which assets are marital and nonmarital. Since property division all depends on state divorce laws, we suggest learning if your state is an equitable distribution or community property state. (That question you can ask Google!)

Once you figure out whether you live in an equitable distribution or community property state, you can try to determine which property will be deemed marital and which will be split in the case of divorce. But often it will require an expert or professional, like a divorce lawyer or certified divorce financial analyst to evaluate what is what for sure. Doing this kind of work is essential to managing expectations and clarifying what is yours or marital. That in turn will ensure a (somewhat) smoother and speedier divorce process– for both you and your spouse.

Jayne Cleary is a second-year law student in New York who is committed to helping educate and improve the families in her community.

Since 2012, SAS for Women has been entirely dedicated to the unexpected challenges women face while considering a divorce and navigating the divorce experience and its confusing afterward. SAS offers women six FREE months of email coaching, action plans, checklists, and support strategies for you, and your future. Join our tribe and stay connected.

*We support same-sex marriages and fluid gender identities. For the sake of simplicity in this article, however, we refer to your spouse as your “husband” or a “he.”

What Are You Telling Yourself After the Affair Has Ended? 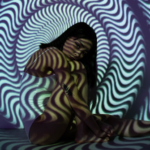 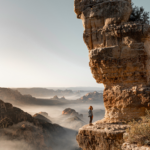 Finding Clarity in Your Divorce Chaos
Scroll to top