What is the Community Property Distribution?

The laws in these community property states mainly originated from Spanish jurisdiction. The exception is Louisiana, where France enacted their property laws. The main difference between these two influences is that in Louisiana, spouses who have assets and debts characterized as community property can withdraw or modify the community property profile only after jointly filing a petition approved by the court to assist their best interests.

In the Community Property States, property acquired during the marriage is classified as jointly owned by both spouses. However, in these states, the court also recognizes separate property.

Separate property cannot be split 50-50 in divorce. It includes assets that partners acquired before the official marriage registration and after its end (after a divorce). It also covers gifts and inheritance received by one of the spouses at any time.

What is Equitable Distribution in Divorce?

As practice shows, the number of such hybrid states is increasing over the years. For example, on July 15, 2020, Kentucky also adopted an optional community property system. Following the Bluegrass State, Florida, on July 1, 2021, set a Community Property Trust Act that allows partners to “opt-in” to community property treatment for assets kept in a trust that meets civil law requirements.

In non-community property states, the assets and debts are divided equally during a divorce. However, “equally” does not mean a 50-50 split. It means “fairly.”

When separating assets, the judge may grant each spouse a percentage of the total value of the property and debts, depending on each partner’s contribution to the marriage and other factors considered.

The judge could also order one side to use separate property to make decisions fair for both parties. The court applies this rule quite often when one of the spouses illegally hides assets from separation. For example, in California, for hiding assets, the court can punish the spouse with 100% payment of the value of this asset to the other partner.

As discussed, in states with community property, the law declares that spouses have equal control of all money and property earned during the marriage. Therefore, it can be beneficial for women or the unemployed.

For example, if a woman cares for a child or is a homemaker, her financial contribution to the marriage will likely be minimal. So, even if only one spouse receives income from employment, and the other is unemployed, the court will divide the property 50-50.

In addition, since all community property acquired by spouses is considered joint, regardless of whose name it is registered, debts are also considered shared. Obligations include car loans, mortgages, credit cards, and other marital debts.

However, the system of dividing property has “disadvantages” that can lead to higher alimony (spousal support) payments. For example, a court may decide that a spouse paying half of a family’s debt may need a higher amount of spousal support to maintain the standard of living during the marriage.

States with an equitable distribution of property have a more complex system, as the court takes many factors into account. For example, the property that partners acquire in marriage transfers to the spouse who made the purchase.

In addition, the judge can consider the financial contribution of each party to the marriage. This factor, on the contrary, may reduce the family property received by unemployed spouses or homemakers.

Breadwinning Women Face an Uphill Battle When Married and When Divorcing

What Affects Property Division During Divorce

There are general factors that affect asset division during divorce. The court considers primarily the following:

Depending on the case specifics (the presence of children, where the child lives, etc.), the judge may consider additional factors when making decisions in states that follow the equitable distribution principle.

Many women live in strict patriarchal or “traditional” families, where the husband/father controls the family finances. Property may even be transferred through the male descent line. This causes some women to worry that they will face the same issue during a divorce: that they may not receive any assets if they divorce.

It’s important to know that regardless of your family culture, men and women living in the USA have equal rights today.

According to The Married Women’s Property Act, which was passed in New York in 1848, women have the full right to receive and freely dispose of the spouse’s property acquired during the marriage. The document also includes the status of a woman’s separate property, which remains hers even during marriage.

Following New York, in 1849, the California Constitutional Convention adopted the Married Woman’s Property Act into the state constitution. And over the following decades, other US states passed this act one by one.

Nowadays, women have the same property rights in divorce as men. They can inherit or receive assets with full discretionary authority.

Are Gifts from Spouse Separate Property?

This may sound surprising but in states with community property and equitable distribution laws, the court considers one spouse’s gifts to the other spouse as family property in a divorce. In contrast, if a third party gives a gift to one of the spouses, it is a separate asset.

So if your husband gives you a pearl necklace for your birthday, that necklace is considered family property and not automatically yours if you divorce.

Marriage contracts as with prenuptial agreements are an excellent tool for eliminating future, controversial issues during a divorce because they can bypass some 50-50 assets division matters. To create a prenup, spouses enter into the agreement mutually before the wedding.

And the court usually accepts the prenuptial agreement. However, before creating a prenup, partners should take into account the specifics of their state. For example, California has specific requirements that spouses should follow to ensure that the court does not decline their prenup.

Further, in California, there are specific issues the spouses cannot “pre-agree” on in the prenup. These include the issue of custody, support payments, and parental visitations. This is because the court tries to make decisions in the best interest of the child.

Spouses can negotiate the following terms in a prenuptial agreement:

What Happens to Community Property and Equitable Distribution When One Spouse Dies?

In the equitable distribution states, similar rules apply in the case of the spouse’s death. If there is a valid will, the distribution of property will go under it. In the absence of a will or if the will is invalid, the children and the surviving spouse have the right to receive the whole property.

Is it Possible to Divide Property without a Court?

In both equitable distribution and community property states, spouses can independently agree on the division of family property. Many couples prefer this method as they know best what property they want to acquire.

When spouses come to terms, settling all marriage and divorce-related issues without relying on the court, this is called an uncontested divorce. In an uncontested or amicable divorce, your divorce agreement is submitted to the court after you and your spouse sign it. The court in turns reviews it, making sure that both spouses have no objection to their chosen division of property, and grants their request.

To best optimize your divorce for an uncontested or amicable divorce, you’ll want to read this article Top 6 Tips for an Amicable Divorce.

If a couple cannot come to an agreement in an uncontested divorce, then their case becomes “contested” and the court will settle the breakup terms under the specific laws of each state and the couple’s circumstances.

However, it’s important to know as well, that new amendments and divorce laws are always appearing in legislation. It is wise therefore to consult with a divorce attorney in your state before you make any moves (including negotiating “casually” with your spouse). You will want to know specifically how a court would rule regarding your divorce issues and in particular, your claim to assets.

Though the research says women are happier than men after divorce, the research also suggests it is more challenging for women economically. This is a solid reason for you to get educated before you agree and sign anything.

Jamie Kurtz is a divorce lawyer and a member of the LA County Bar Association and the State Bar of California. She’s a co-founder of a law firm dealing with uncontested divorces and a contributing writer for OnlineDivorce.com, an online divorce papers preparation service.

Since 2012, SAS for Women has helped women face the unexpected challenges that women endure while navigating the divorce experience and its confusing aftermath. SAS offers women six FREE months of email coaching, action plans, checklists, and support strategies for you and your future. Join our tribe and stay connected. 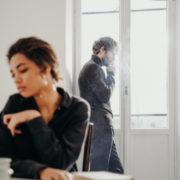 What are Irreconcilable Differences? Do They Apply to You? 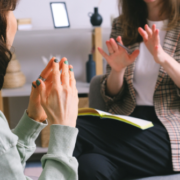 How to Find a Good Divorce Lawyer 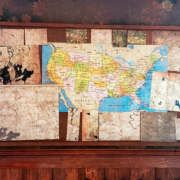 Which States Have the Shortest Residency Requirement to Divorce (and Which Ones, the Longest?) 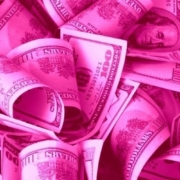 How Much Will My Divorce Cost Me, Financially & Emotionally? 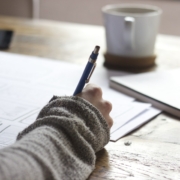 What Does It Take to File for Divorce? 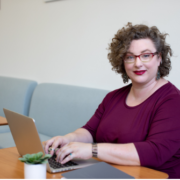 6 Essential Things to Know About an Illinois Divorce
0 replies

6 Ways to Be Debt-Free After Divorce 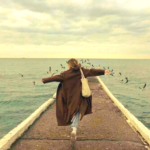 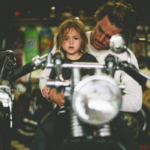