Articles
You are here: Home1 / Articles2 / Contemplating Divorce3 / Fault Divorce vs. No-Fault Divorce: What You Need to Know 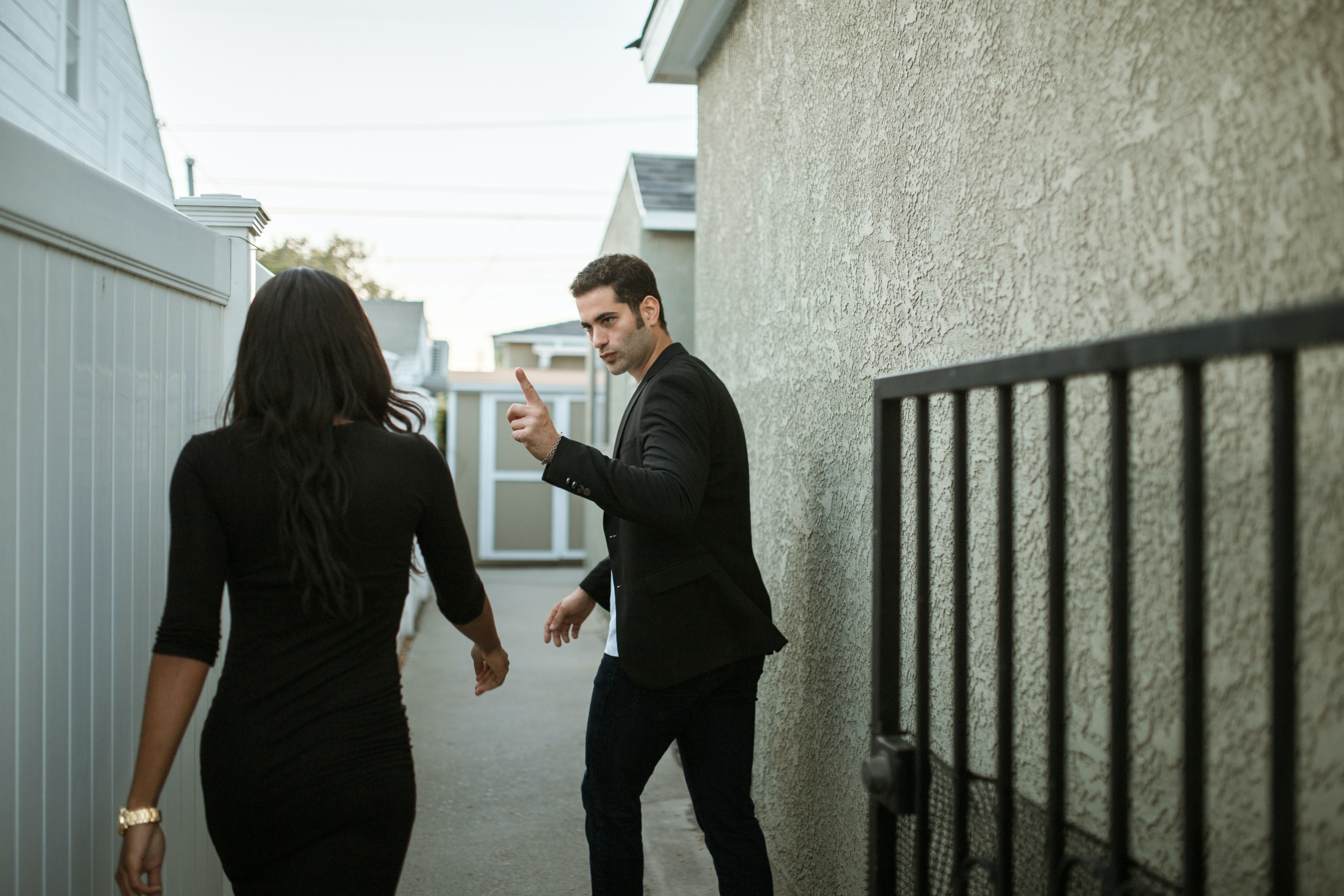 One aspect of a divorce that can be difficult to fully understand is the legal concept of fault. Now you can probably point to many faults that led to the end of your marriage, like emotional abandonment, drifting apart, or poor communication, etc. So, it’s unlikely you’d define the end of your marriage as no-fault when you describe its breakdown to your friends and family. However, these are common societal examples of fault. They hold no legal significance. The legal system has a different, more stringent definition of fault when it comes to divorce.

Your initial petition for divorce will ask or indicate a reason for the divorce or the grounds for separation. Based on your state, this is where you indicate whether you are filing a no-fault or fault-based divorce.

What is a No-Fault Divorce?

A No-Fault divorce occurs when a marriage is irreparably broken in the eyes of the court. In plain terms, this means that neither spouse is at fault for the end of the marriage. Nothing specific or plainly traumatic happened to cause an immediate break-up. The union just cannot be repaired. Neither spouse must present evidence of a reason for the divorce. The fact that one or both parties want a divorce is enough for a state to allow no-fault divorce. This also means the court does not have a bias against either party regarding alimony/spousal support or property division.

States might use different language to describe a breakup that is not based on one person’s fault. Illinois uses the term “irretrievable breakdown” to describe a no-fault divorce. Other states use words like “irreconcilable differences” or “incompatibility” to indicate no fault.

If you are contemplating divorce, you’ll want to read “36 Things to Do If You are Thinking About Divorce.”

Why Choose a No-Fault Divorce?

You might choose a no-fault divorce for the ease and lack of expense it brings. Because you do not need to prove blame in court, these divorces tend to be quicker and less expensive than a fault-based option. Another reason for no-fault divorce is property division, alimony, and child custody. The court will look at these factors fairly under state laws and allocate resources without prejudice to either party.

SAS Tip: A no-fault divorce will always be cheaper than a fault-based divorce.

Check out: “What is an Amicable Divorce? And 5 Ways to Ensure One.”

What is a Fault-Based Divorce?

A fault-based divorce means there is a legal, evidence-based finding of fault that caused the marriage to end. Legal grounds for fault are far more stringent than the colloquial definition of fault. For example, your spouse might be done with the marriage and stop putting in the effort, which might seem like it would be their fault the marriage dissolved. However, this would not be considered a fault in the eyes of the law.

A court will allow you to file a divorce based on fault only if: the state provides for fault-based divorces, and you (or your spouse) can prove the other person’s wrong actions directly caused the divorce. States that recognize fault-based divorces have slightly different categories of fault.

However, the most common categories that are recognized as grounds for fault are: cruelty (which means one spouse inflicting extreme/unnecessary emotional or physical pain), adultery, abandonment (after a certain period of time), incurable insanity, imprisonment, and the inability to engage in sexual intercourse to completion IF a spouse didn’t disclose it before the marriage. Other categories might include sexual desertion (your spouse refuses to have sexual intercourse over an extended period of time), a prior continuing marriage, or substance abuse.

If you are beginning the divorce process, you will want to know how best to protect yourself and also, how to ensure the healthiest outcomes. Read “55 Must-Do’s on Your Modern Divorce Checklist.”

Why Choose a Fault-Based Divorce?

A person might choose a fault-based ground for divorce for specific strategic reasons. Fault grounds overpass the separation waiting period required in some states. Some states also consider fault in distributing property or alimony. A state can alter or give alimony based on a finding of fault. Finally, some people also might choose to file a fault-based ground for emotional reasons, you might need the closure or reassurance that a legal finding of fault can bring.

Fault-based divorces tend to require a lawyer’s expertise to accomplish this successfully. A lawyer will need to compile evidence and present it to the court to show that your case qualifies for fault-based grounds and that you have the proper evidence to prove it in court. A lawyer will ensure this is done properly and follows that protocol, which is very difficult without legal training and experience. This is at least one reason why, if you are consulting attorneys about your case, you should not look for cheap divorce lawyers. Training and expertise matter.

History of Fault-Based and No-Fault Divorces

Traditionally, a couple needed a fault for a state to grant a divorce (see Divorce Laws: Then and Now.) Courts would only give “innocent” spouses a divorce. That innocent spouse would have to be found not guilty of traditional fault grounds to be granted the divorce. This was because the court wanted to protect the sanctity of marriage. Lawmakers wanted to encourage married couples to stay together for life, barring some extreme events, and keep divorces from clogging court dockets. No divorce would be granted if both spouses were “guilty” of a fault ground.

This purely fault-based system led to increased divorce fraud. Couples might lie about the issues in their marriage to get a divorce. This proved incredibly timely and costly for state courts, so in 1969, California became the first state to incorporate no-fault separations. This paved the way for the presumption of no-fault splits to this day, with New York being the last state to offer no-fault divorces in 2010.

What are my options?

Divorce law varies by state. Make sure you know the laws of your state before you begin the process. Your ability to enter a no-fault or fault-based divorce depends entirely on the state in which you live. States can generally be divided into two groups, true no-fault states, and optional no-fault states.

A true no-fault state is one in which your only option is to file a no-fault complaint.

Seventeen states have removed the fault-based option. These true no-fault states are Wisconsin, Oregon, Washington, Nevada, Nebraska, Montana, Missouri, Minnesota, Michigan, Kentucky, Kansas, Iowa, Indiana, Hawaii, Florida, Colorado, and California. Only filing as no-fault can be frustrating if you want the law to acknowledge your spouse’s wrongdoing. However, it is more efficient, less expensive to all parties, and fairer across the board.

A fault state allows you to choose whether you want to file on a no-fault or fault-based ground.

The other thirty-three states offer the option to file for divorce under a fault or no-fault ground. This means that the person filing for divorce can decide to file in the way that would be most beneficial to their specific circumstance.

SAS Tip: Know what you want out of your divorce. This will help you to decide whether a no-fault or fault-based divorce (if allowed) is best for you. As a beginning step, meet with a divorce coach to help you learn how to evaluate and prioritize things.

While all divorces take some level of fault for them to fall apart, they don’t all qualify for fault-based grounds. Understanding whether your state recognizes fault-based divorces and the definition of fault will help you understand your divorce options. Speaking with someone who understands the divorce process like a divorce lawyer or a divorce coach will help you gain the perspective you need to manage your expectations and make the right decision.

Elizabeth Newland is a third-year law student in Chicago committed to children and family rights. She aims to work in a family-related non-profit firm after graduation.

Since 2012, SAS for Women is entirely dedicated to the unexpected challenges women face while considering a divorce and navigating the divorce experience and its confusing afterward. SAS offers women six FREE months of email coaching, action plans, checklists, and support strategies for you and your future. Join our tribe and stay connected.

Your “Surprising” Divorce After 30 Years of Marriage 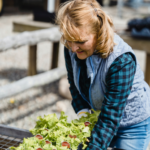 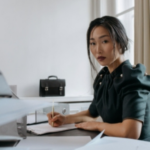